Melnik is located in a mountainous area at the southwestern foot of the Pirin Mountain. It is situated in a picturesque area 12 km southeast of Sandanski at 437 meters altitude. The climate is continental Mediterranean, with summer minimum and winter maximum of rainfall. The average annual precipitation amounts to approximately 670 mm. The Melnik river, a left tributary to the Struma river, flows through the town. The Rozhen Monastery is located 7 km away from Melnik. For the lovers of nature there is a direct path running through the natural phenomenon – the Melnik pyramids.

The historical museum of Melnik is housed in the Pashova House built in 1815. It comprises 8 premises including a stone ground floor and a lounge. The ground floor exhibits the main occupation of the people in Melnik and the region — the production of wine from the local Melnik vine. Photos of the Melnik winecellars, barrels, etc., related to the processing and storage of the Melnik wine are also displayed. The museum includes a rich collection of the urban life and habitat during the Renaissance. The Kordopulova House is built in 1754 by a wealthy Greek merchant from the family of Kordopulos. It is one of the most imposing revival houses in the country. It exhibits a typical Melnik cellar dug in the form a tunnel in the rock exposing huge barrels used for the storage of the Melnik wine. The interior architecture of the house is decorated with frescoes, wood-carvings and stained glass.

The monument of Yane Sandanski is built in 1972 found in the garden park at the entrance of Melnik.

The pyramids of Melnik are rock formations. They are the most visited tourist attractions on the territory of Bulgaria.

The pyramids of Melnik are located at the foot of the southwestern part of the Pirin Mountain. The area also covers a huge amount of other rock formations in various forms and delineations resembling rocky mushrooms, needles, cones, etc. Of particular interest is the group of pyramids situated in the vicinity of Karlanovo village.

Their height reaches 100 m. A typical feature is the external shape of the pyramids – sandy slopes standing nearly upright on places. The peaks are covered with broad-leaved plants and grass. The pyramids of Melnik are declared a natural landmark in 1960. 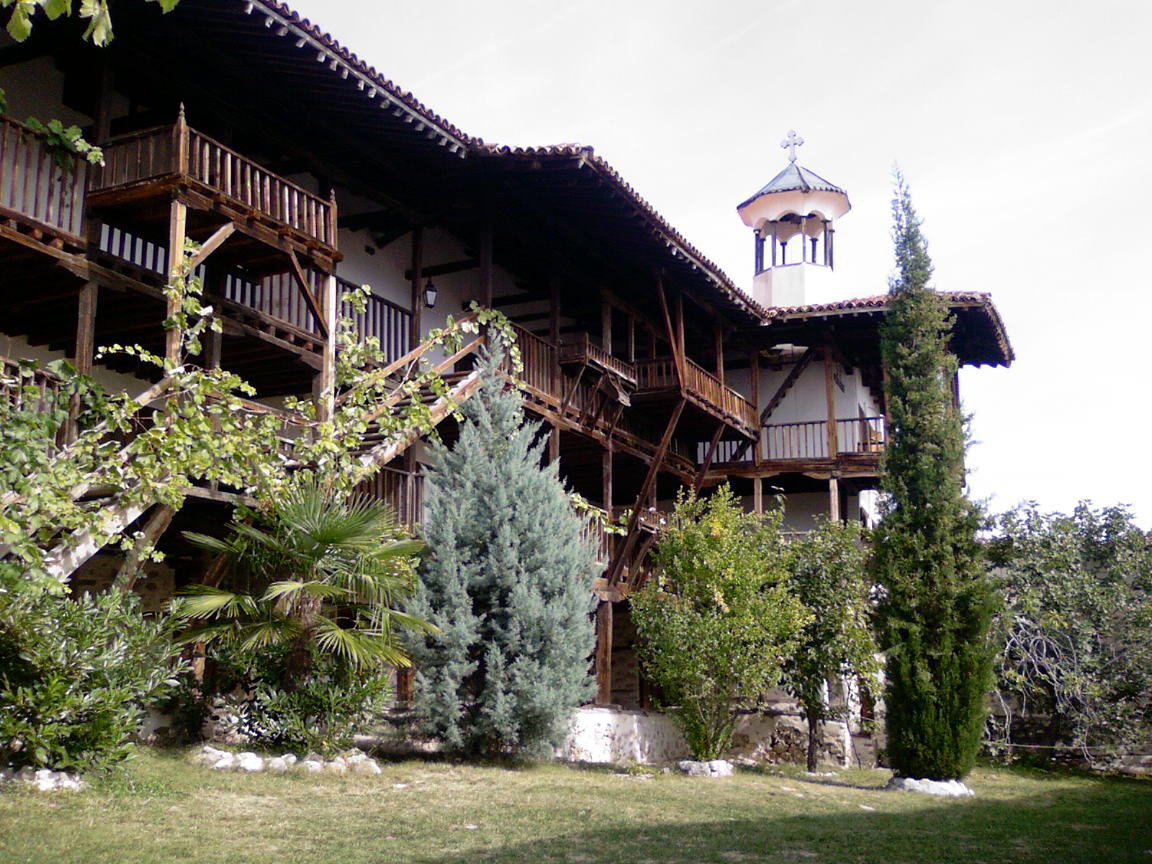 The Rozhen Monastery is the biggest sanctuary in the Pirin area. It is one of the few medieval Bulgarian monasteries that has survived throughout the ages almost intact up to the present days. The monastery in built in the XIII century, situated at about 7 km away from Melnik in the lower parts of the Pirin mountain. It opens an impressive view to the Pirin and Belasitza peaks as well as to the famous Melnik pyramids — hill-like formations constituted from the erosion of the sandy clay soil surrounding the town. The present monastery building dates back to XIX century. The monastery temple is a remarkable cultural monument. The oldest inscription on the murals dates back to 1597. There is an interesting wooden-carved altar, highly valued icons, frescoes, and stained glass to the eastern part of the church. There is also an exhibition displayed in the monastery building.